Jared Shapiro, an admirer of Blossom, gives her a letter displaying his feelings for her. However, thanks to Bubbles and Buttercup's teasing, she becomes nervous in wanting to give an answer to him. When a snow day comes around the next day and shuts down the school, Blossom decides to use her ice breath to extend it but she instead ends up doing so for the whole month. What's more, Yetis soon arrive in the city and begin treating it as their personal resort. Blossom must decide to face her fears or let Townsville continue being covered in snow.

The episode begins with children rushing out. Blossom talks about spring with her sisters. Bubbles and Blossom love spring but Buttercup says that there won't be any more snow days. While singing, Blossom bumps into Jared, with who she falls in love.

Jared gives her a note (stating whether she likes him or not) and said to give it the next day as Blossom couldn't answer.

At home, Bubbles asks Blossom whether she likes Jared or not. Blossom agrees and asks what happens. Bubbles answers that she would be with him forever. Buttercup agrees. Blossom's sisters tease her as she got a boyfriend.

Blossom gets a dream of Jared complementing her. She wakes up happily but then realizes that she has to answer him. But it's snowing.

The girls go to the snow hills and have a sleigh race. Whoever loses should give them a cup of hot chocolate. Blossom goes to the stall but she sees Jared. She gets scared because she's not ready to answer him. She goes up and uses her ice breath for another snow day.

It's been a month. The news has a yeti watch as the yetis invaded. Bubbles is amazed but Buttercup isn't. Blossom says they're great once they get to know them. Buttercup and Bubbles want to go to school. Even Blossom misses school, especially "the smell of used textbooks". Buttercup then talks about Jared. She said Blossom hasn't seen her "boyfriend" since he asked her out. Blossom says he is not her boyfriend and talks about the snow. She wears a snowsuit and along with a sleigh says that it will be great to go out for sledding while going out.

Buttercup and Bubbles notice that the Fitz Maurice hill board changed to a "Yeti Ski Resort". They try going but a huge yeti stops them. Buttercup backtalks him while going to beat him. Blossom stops her and said it isn't worth it and find somewhere else to sled.

Buttercup starts complaining about the yetis and Bubbles hopes the snow melts so they can get spring back. Blossom goes to a flower and says she wished she could bring spring back too. She lets out a huge sigh but it freezes the flower. Buttercup and Bubbles find out Blossom made Townsville snowy. They start to quarrel with her. Blossom says that she was scared about answering Jared so she made it snow. Buttercup and Bubbles quarrel some more.

Zack Butthead comes sledding knocking over cars and destroying buildings. Blossom says to stop but he doesn't listen and says that it's the yetis town now, throwing a snowball at Blossom's face. She freezes him. Then Buttercup asks her she froze the town because she was scared out her boyfriend. Zack breaks out and then gets frozen by Blossom but breaks out later. Buttercup says freezing Townsville isn't the answer and she should be bold. Blossom says but while the other two girls say no more ice breath. But Blossom freezes Zack and the sisters accept to freeze him only. Blossom agrees with her sisters and fights Zack (only with a punch).

The next day starts with melted ice everywhere. The yetis move away from Townsville. Blossom meets Jared at school and says that she isn't ready for a relationship. Jared agrees too. They go to get a snow cone. Bubbles floats in the air saying "How romantic" with hearts in her eyes. 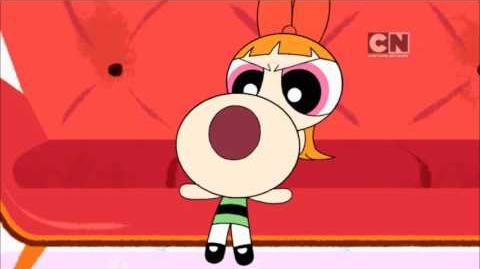 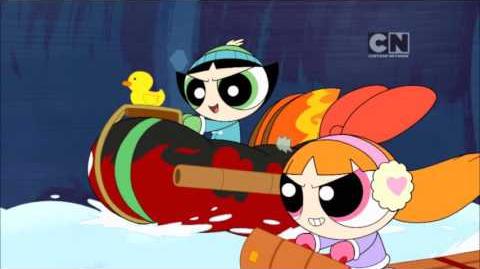 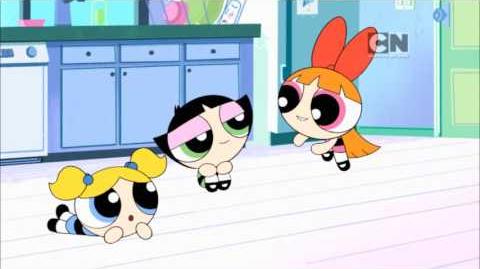