Ragnarock and Roll is the eleventh episode (and the ninetieth episode overall) of Season 3 of the 2016 Powerpuff Girls series. It aired on Cartoon Network on June 16, 2018.

Townsville is in danger of being obliterated when an ancient prophecy comes to fruition, and it's up to the Powerpuff Girls to find a way to stop it. 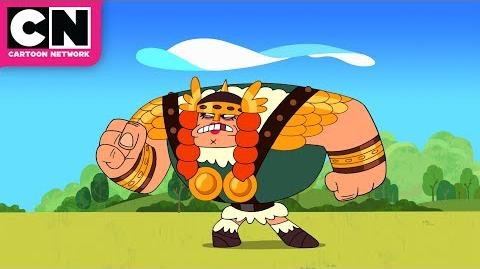 The Powerpuff Girls Prophecies and Pigtails Cartoon Network
Add a photo to this gallery
Retrieved from "https://powerpuffgirls.fandom.com/wiki/Ragnarock_and_Roll?oldid=194887"
Community content is available under CC-BY-SA unless otherwise noted.