Power of Four is the twenty-third to twenty-seventh episode (and sixty-second to sixty-sixth episode overall) of Season 2 of the 2016 Powerpuff Girls series. It is a five-part event. It aired on Cartoon Network on September 17, 2017.

This is the first special that has more than two parts, lasting for 5 parts.

Part 1 ("Find Your Bliss"): When Bubble blames a chain of accidents on her imaginary friend " Bliss " her sisters begin to think she's lost her mind.

Part 2 ("Bliss Reminisce"): The Girls learn Bliss's backstory from the Professor, Mojo Jojo, and Bliss herself.

Part 3 ("Blisster Sister"): The Girls hang out with their new big sister Bliss, who gets a taste of fighting bad guys as part of the Powerpuff Girls.

Part 5 ("Blisstersweet Symphony"): When Him absorbs Bliss and her powers, the Girls must work together to rescue their sister and save Townsville from destruction.

While out for a movie day, a mysterious Powerpuff-like girl saves Blossom, Bubbles and Buttercup from a villain. The professor reveals that she is Blisstina, or just "Bliss" for short, and his earliest endeavor to create the perfect little girl. However, Bliss's powers became unstable and began combining with her emotions causing explosions whenever she was happy, sad, fearful or angry.

Professor thought she was destroyed in their last encounter, when in reality, she had run away to a deserted island to avoid causing any further harm to the Professor. After ten years, Bliss has returned out of homesickness and is quite surprised to find that she now has sisters who are more then welcoming to her. However, Bliss still has trouble with her powers, which could both spell trouble for the city and dampen her relationship with her family. 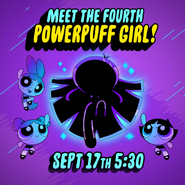 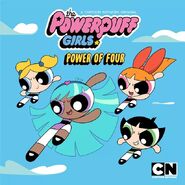 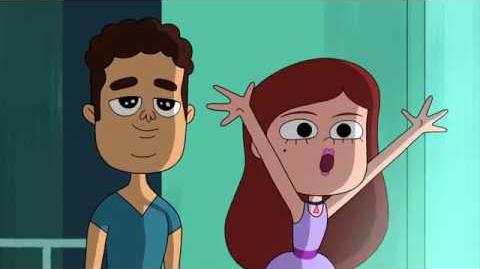