After Princess Morbucks goes broke, it is up to Blossom to change her ways. Will this be the start of a new friendship for the Girls and Morbucks?

The Powerpuff Girls have opened a lemonade stand outside their house but are having trouble getting customers, despite Blossom's confidence in her business plan and secret lemonade ingredient. Suddenly, Princess Morbucks arrives in her Morbucks Money Paver (a giant bulldozer) with the intent of flattening the Girls' house to make way for a new water slide. Before Morbucks can carry out her plan, Blossom freezes and disables her Money Paver with her ice breath. Angered, Morbucks says she'll be back the next day with another Money Paver, saying she can do whatever she wants because of her immense wealth.

That night, Blossom expresses concerns to her sisters that, even if she freezes Morbucks' other Money Paver, Morbucks can return again and again because she's so rich. Just then, Blossom receives a notification on her smartphone's stock ticker app: Morbucks' company's stock has plummeted, and the Morbucks family is now bankrupt. Morbucks then appears on the Girls' front doorstep. With not a penny to her name and her father having apparently gone into hiding, she asks the Powerpuffs if she can stay with them for a while. Humbled by the sudden loss of her riches, Morbucks apologizes to the Girls for the way she's treated them, much to their surprise. While Buttercup is less than sympathetic, Blossom feels sorry for Morbucks and allows her to stay. Morbucks is thrilled, but she immediately starts treating Buttercup and Professor Utonium as servants. Buttercup has doubts about Blossom's decision, but Blossom is sure that she can teach Morbucks to be a good person.

Unfortunately, Morbucks shows no progress after six hours of Blossom's training. After failing yet again to teach Morbucks about the joys of giving, Blossom gives up and goes to her room to work on her business plan for the lemonade stand. Morbucks enters and uses her business sense to revise the plan. Blossom is overjoyed by this, realizing that Morbucks just did her a favor. Morbucks realizes that giving and doing favors for others feels good and wants to do more.

Following a brief musical montage, Blossom and Princess Morbucks have become good friends, and they have used Morbucks' revised business plan to draw a lot of business for the lemonade stand. Morbucks says it's all because of Blossom's secret ingredient, and Blossom hopes to one day patent it and make a successful company with Morbucks as her co-CEO. All of a sudden, Benny Benjamins (now the richest kid in Townsville) rolls up with Morbucks' old entourage as his posse. Benjamins' crew mocks Morbucks over her recent penniless state, calling her "Nobucks". Morbucks is deeply upset, but Blossom assures her that she's changed for the better. As the Girls head inside the house, Blossom asks Morbucks to bring her lockbox – with Blossom's secret ingredient inside.

The next day, Princess Morbucks rolls up to the Powerpuff Girls' home with another Money Paver. Having patented and taken credit for Blossom's secret ingredient, she and her family are rich again. Heartbroken by Morbucks' betrayal, Blossom runs back into the house in tears. While Morbucks' reclaimed entourage fights Buttercup and Bubbles, she prepares to flatten the Girls' house with her Money Paver, but Blossom appears before her again. She has one last gift for her former friend: a framed photograph of them smiling together. Although Morbucks sheds some tears over the gift, she dismisses it as cheap and tacky and claims she's going to keep it so she can laugh at it later. In addition, Morbucks decides she doesn't want to build a water slide anymore, and she spares the Powerpuff Girls' house. Blossom believes it's because they're friends and that she truly is good inside, but Morbucks vehemently denies it as she and her entourage leave.

Buttercup tells Blossom that Princess Morbucks will never change, but Blossom remains certain that she can. 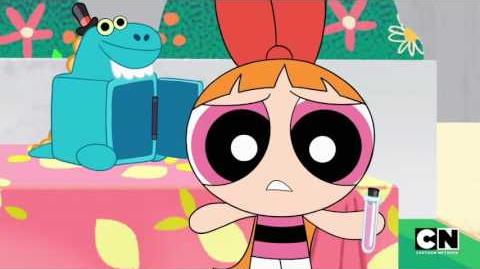 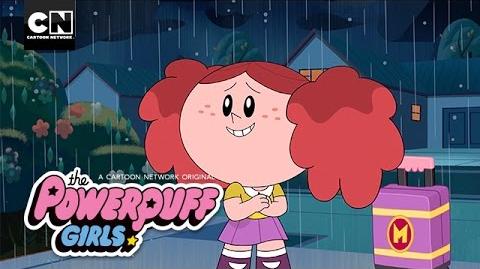 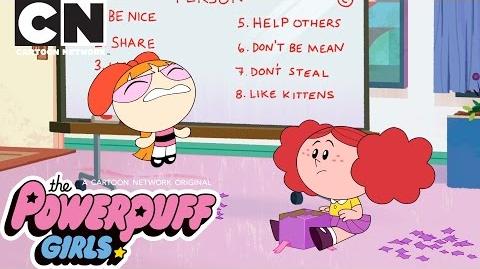