Midnight at the Mayor's Mansion is the twenty-eighth episode (and sixty-seventh episode overall) of Season 2 of the 2016 Powerpuff Girls series. It aired on Cartoon Network on October 29, 2017.

The Mayor is haunted by a monster roaming the halls of his office. The girls, dressed for Halloween, investigate, only to find that the Mayor himself is the monster. 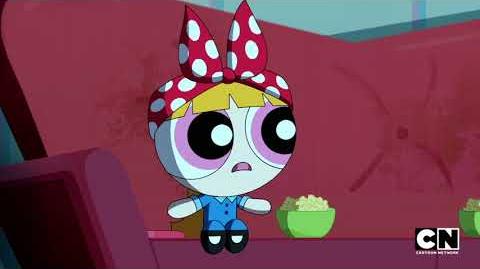 Start a Discussion Discussions about Midnight at the Mayor's Mansion