Fashion Forward is the twenty-fifth episode of the 2016 Powerpuff Girls series. It aired in the United States on Cartoon Network on September 19, 2016.

Bianca and Barbarus Bikini, a.k.a "The Fashionistas", return, and seem to have gone straight by entering the fashion industry, starting by creating an all-purpose scarf, "Smooji". It becomes a fast sensation of Townsville, but the Professor refuses to let the girls have one due to Bianca's slogan of "Looks Are Everything", which he does not approve of. However, the girls become tempted to disobey him when they see their classmates wearing it, and things become even direr when the Bikinis' reveal a few tricks up their sleeves. When Blossom is brainwashed by the duo, it’s up to Professor Utonium to save the day. 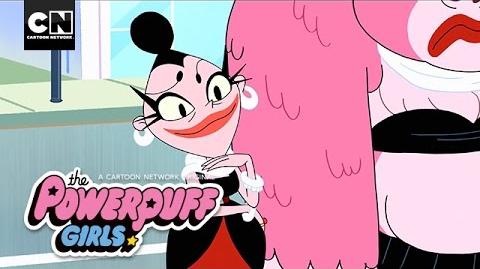 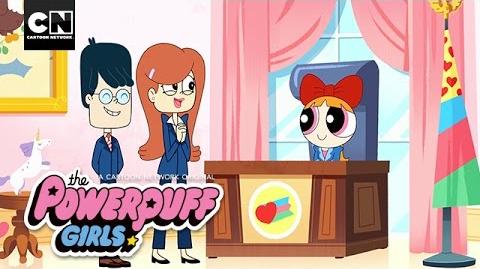 Powerpuff Girls Dress To Impress Cartoon Network
Add a photo to this gallery
Retrieved from "https://powerpuffgirls.fandom.com/wiki/Fashion_Forward?oldid=194950"
Community content is available under CC-BY-SA unless otherwise noted.