Powerpuff Girls Wiki
Register
Don't have an account?
Sign In
Advertisement
in: Episodes, Season 1, Episodes focusing on Bubbles,
and 14 more

View source
watch 01:40
Boba Fett Returns - The Loop
Do you like this video?
Play Sound

"Bubblevicious" is the first half of the ninth episode of Season 1. It first aired on Cartoon Network in the United States on January 20, 1999.

Sick and tired of her family treating her like a baby, Bubbles tries to become tougher and discovers a more "hardcore" side of herself in the process. However, she goes too far and turns against her sisters.

The city of Townsville is under siege by a large slug when Buttercup flies in solo to neutralize it. As she tears through it, the Professor is coaching her to stop, and it is then realized that what she handled was all part of a training exercise in a simulation chamber proctored by the Professor. After she passes the exercise, Bubbles runs on with how hardcore Buttercup was in handling the scenario, all the way down to when she emerged from being stuck. Despite all this, Professor Utonium tells Bubbles to go next. However, the Professor lowers it down from level 9 to level 2 because he thinks it's "too much" for her. In this test, Bubbles must fight a simple robot too small and seemingly harmless. Bubbles tells the Professor that she is as tough as Buttercup and Blossom, but the robot zaps her and she fails the test. The Professor then tells her that she's "not ready" for the higher levels yet. This upsets her and she leaves. Then, at bedtime, Blossom tells the Professor to leave the hall light on for Bubbles. Bubbles claims to have faced her fear of the dark, but the Professor just dismisses this as her "acting brave." After Buttercup teases her for "being the scarediest," the Professor says goodnight and leaves, leaving the door open once again. With the unfair treatment and excessive babying she has received over the past hours, Bubbles decides that she will prove her true toughness; she sneaks down the lab and takes another test this time at Level 11, the maximum danger level.

In her test, Bubbles has to fight a huge army of monsters amidst an apocalyptic scenario. At first, it seems she was going to fail once again. However, tired of being dismissed as "cute," and even taking a few bumps with some blood drawn, Bubbles soon defeats all of the monsters in a fueled rage, becoming more aggressive than she ever was before and even declaring herself "hardcore."

The next day during recess, the girls play duck-duck-goose, and Blossom tags Bubbles and teases her for being slow, but Bubbles angrily catches her and slams her into the ground. Through her monologue, as she declares victory, Blossom tries to calm Bubbles down by telling her that it was only a game, and then the hotline rings. The Mayor is stuck in huge traffic by the Talking Dog not driving, and Bubbles angrily smashes the hotline phone, addresses the situation alone and brutally beats the Talking Dog. Her sisters later appear, both surprised and appalled by her new behavior as they try to calm her down. Bubbles, on the other hand, does not listen, renouncing the so-called "Powerpuff Way" and claiming that she can handle Townsville herself. With her declarations made clear, she leaves them, flying solo.

Soon, Bubbles goes into an angry, destructive rage in Townsville, senselessly beating up people for crimes as minor as littering, stepping on protected grasses, and being parked in the wrong areas. Later, despite her hardcore, rage-fueled vigilante behavior, Mojo Jojo kidnaps her as Blossom and Buttercup try to look for her.

Meanwhile, Mojo makes Bubbles part of his plan: to get Bubbles to cry for her sisters and trap and destroy them all. To that end, Mojo straps her in front of a laser and fires at her, but her will is so strong that it initially has no effect. Then, he tries Level 11 (after Bubbles calls him a dumb doo-doo brain). At first, it seems that it would finally work to break her spirit, but Bubbles breaks free and brutally beats up Mojo. With Mojo down, Blossom and Buttercup come to her rescue upon picking up her screams but are amazed to see that Bubbles defeated Mojo all by herself and resisted a laser at a level as high as Level 11. They realize that they have underestimated her and finally calls her "hardcore." After having received her long-overdue share of respect, Bubbles apologizes and returns to her cheery self again. However, Mojo regains consciousness, zapping all three of the girls, and Bubbles fights back by beating up Mojo as the episode ends.

Bubbles: I'll prove that I can be... (Extreme close-up of her eyes, narrowed in determination.) ...hardcore!
[Bubbles has taken down Blossom in a game of "Duck, Duck, Goose"]
Bubbles: Ha! I got you! You're out! Done! Finished! You were beaten down, sister, by CUTE! LITTLE! BUBBLES!
Blossom: Sheesh, relax. It's just a game.

Talking Dog: Bubbles, please, have mercy!
Bubbles: Mercy is for the weak!

[Mojo is zapping Bubbles with his laser in his latest plan to destroy the girls and take over the world]
Bubbles: I'm not... gonna cry, you... dumb... doo-doo brain!
Mojo: "Doo-doo brain!?" That's it! I've had it with your sassy mouth! I didn't want to do this! Well, actually I did.
[Mojo raises the laser level to 11] 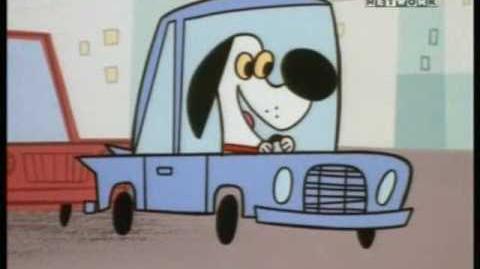 MERCY IS FOR THE WEAK!
Community content is available under CC-BY-SA unless otherwise noted.
Advertisement