@ElmoDank05 is the WORST user ever! He won't even leave the gosh darn wiki ! He has to go and never come back or be blocked by the admins because he's the worst Fandom user ever! I legit hate him! He's the worst!

Hi all, hope you all are doing well. I am a computer science student in Toronto. I am planning to do my final year project on the topic naics code. Did anyone hear about it? As of late, I read a blog about naics code. It was simply wonderful and extremely valuable for my project. I need some more information about this. Hope you all will help me to complete the project. Thank you.

What is the NAICS Code | OBC BlogOntario Business Central Blog 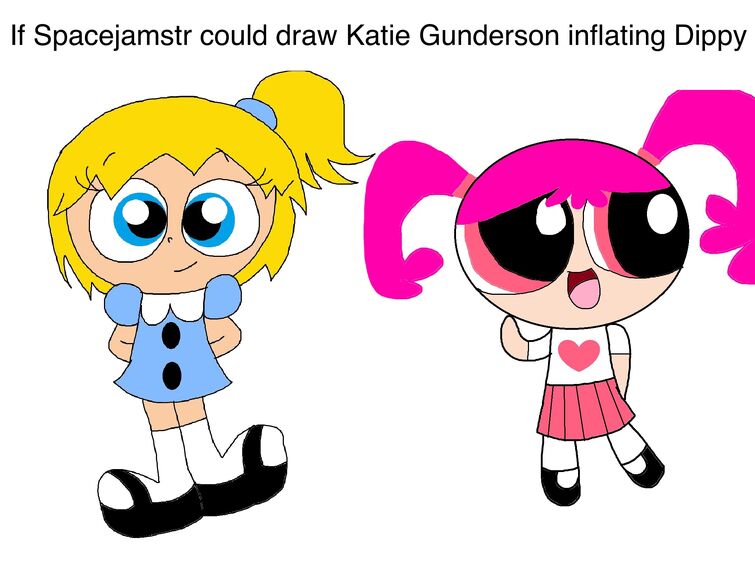 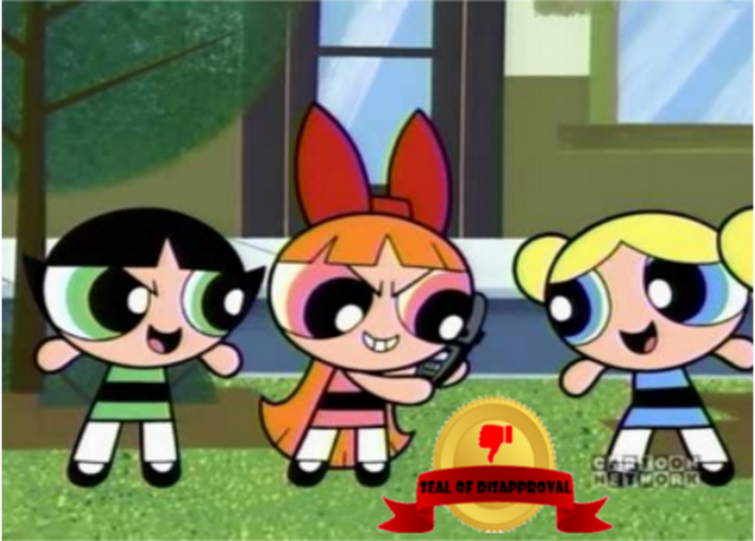 This is well-known to be one of the most hated Powerpuff Girls episodes and I can see why. It doesn't surprise me that this one is from Season 5. This episode started with Stanley and Sandra Practice that are arguing and complaining to the Professor about the Powerpuff Girls. They said that children are trying to mimic the Powerpuff Girls. They are also from a club named P.A.P.P. (Parents Against Power Puff) That doesn't make sense. Sure, they might be angry that their kids are acting like Powerpuff Girls because they love them and they are superheroes, but why would Townsville be mad at the girls if they love them for always saving the city from crime? They force the professor to sign a contract for the girls to never use their powers again or else they will sue him, and he sadly accepts. Stanley and Sandra Practice are really unlikeable characters, they don't want the girls to use their powers and they made the professor sign an anti-superpower contract. You can't help but feel bad about the girls for not using their powers. Then, the girls spot a crime going on and they are trying to stop it by calling the police. It's slow-paced and boring as hell. It's not even funny. The policemen are also pretty stupid in this episode. Then, we see that the crime rate is getting high and the girls are still not allowed to use their powers. Then, the villains come in. The villains don't look like villains from the Powerpuff Girls, they look more like villains from Samurai Jack. And what's with the gibberish language with no subtitles problem? I thought Mars Needs Moms was bad enough. The girls go talk to Stanley and Sandra Practice about the situation and they are still not allowed to use their powers, WTF? After one of the villains attack them, they finally accept to let the girls use their powers to fight crime by breaking the contract, took them long enough. Every time these two appear, it makes you want to punch them right in the face. Overall, this episode is poorly executed and poorly written.

Where are the perfect little girls we know in love?! This reboot is downright the worst I've seen in my life. Not only do the reboot have twerking, errors, and hated characters, but they have the girls flanderized for dumb reasons. 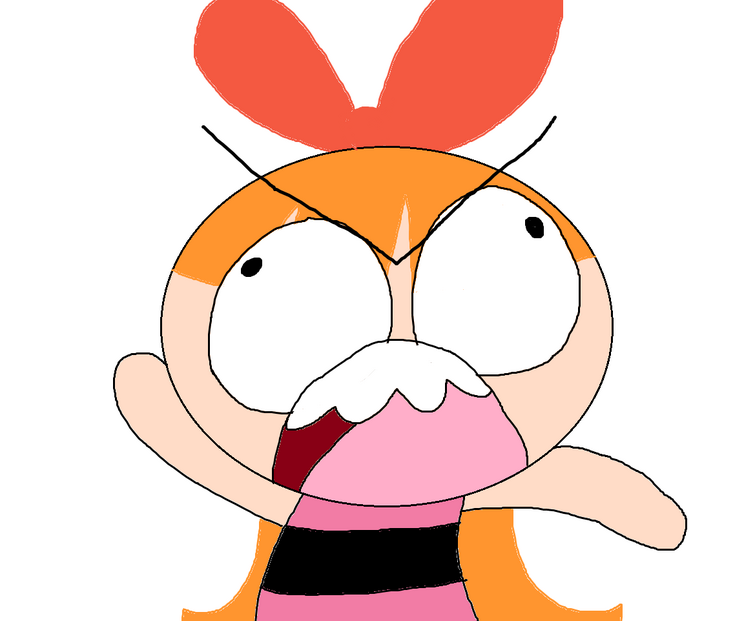 Blossom is practically nowadays an overreacting, neurotic nerd who suffers from OCD, and is often your stereotypical, bratty, mean-spirited leader. 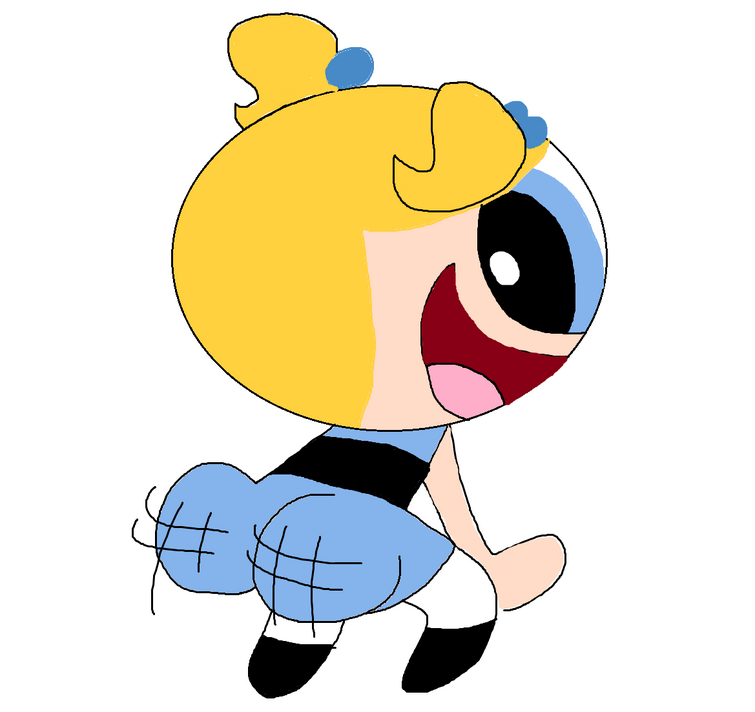 Bubbles is now just a "girly", psychotic, and annoying girl who lacks any real character development and she is basically at times your whiny, crybaby, yet goody-two-shoes character. 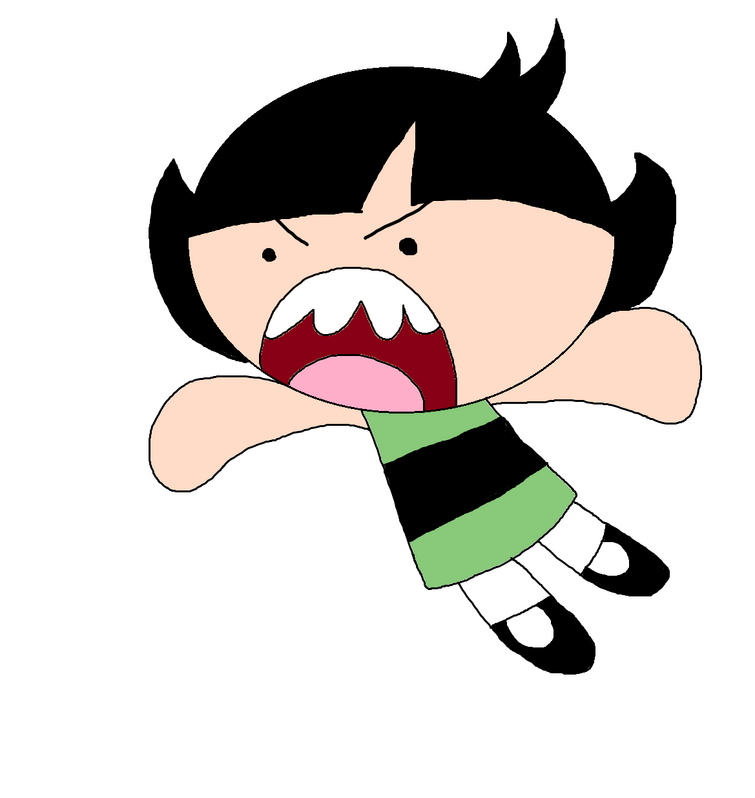 Buttercup is nowadays nothing more than a complete bully (which doesn't stay true to her name) who cares mostly about butt jokes (because her name has "butt" in it) and is practically your stereotypical unlikable tomboy.

So don't watch the little girls in the crummy reboot and go see them in the original series from 1998 instead. #OriginalYesRebootNo! 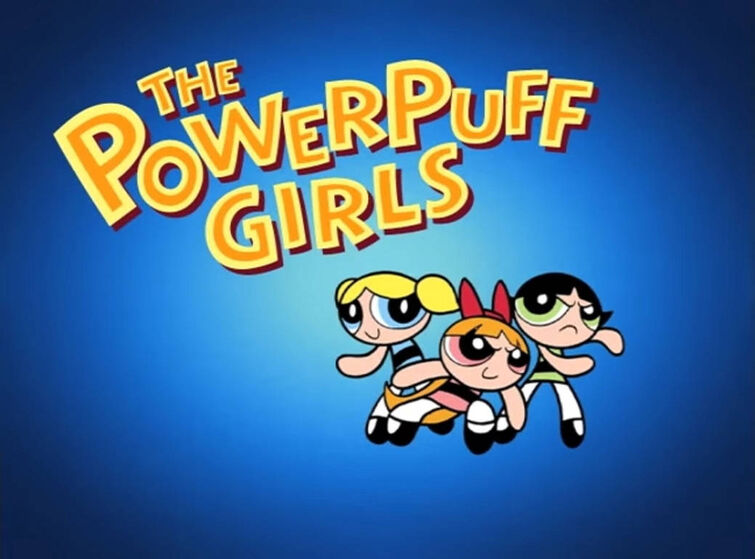 Does anyone know what episode Bubbles, Blossom and Buttercup used a medical masks? 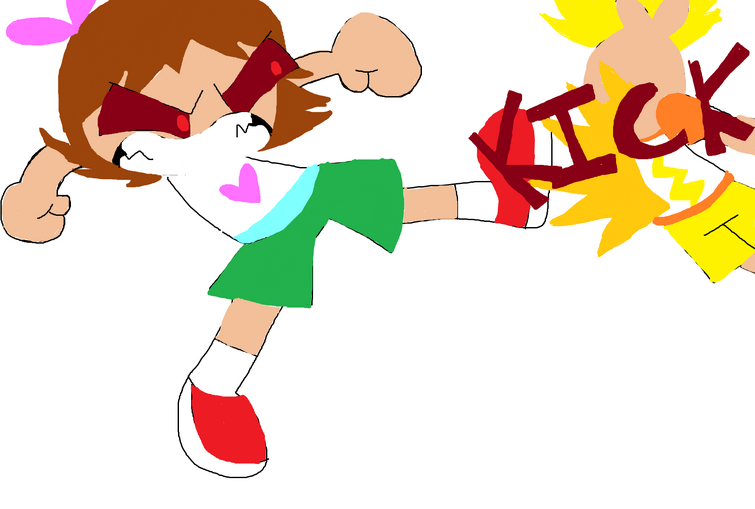 I HATE Doriann!!! All he does is disrespect us PPGZ fans for their opinions, and bothers me for no reason!! He has to know that PPGZ is the CUTEST, AWESOME, FUNNIEST, and WONDERFUL anime in 2006! Somehow, he may actually come off as WORSE than JesusFuentes 81 and ElmoDank05. Not even my friends Sofia0604, PowerpuffSonicfan25, CarlosTankEngineBoi, and Yna2009 would even DARE to be with him!! Man, I wish he could be blocked forever.

Speaking in repetitive speech patterns...
Or speaking in the third person?

I have a question for all of you. Who added PAL on the wiki?! If it's JOEYTHEBRANDONFAN, then tell him to delete it! 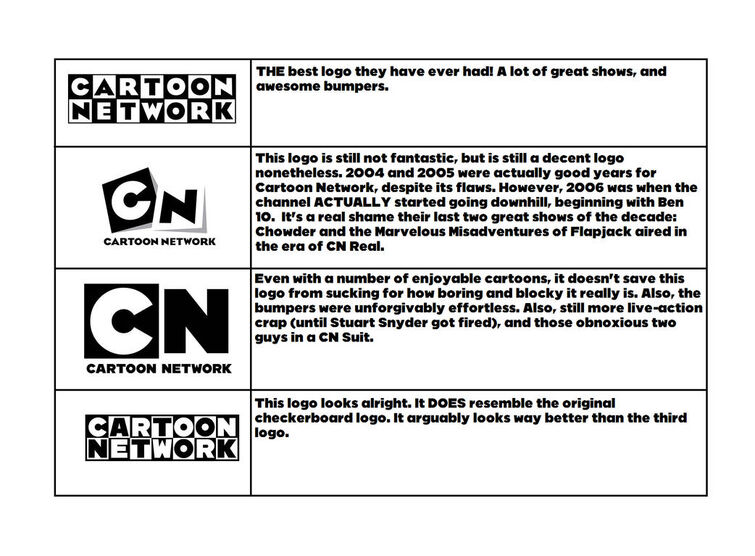 The 2004 logo: Not fantastic, but still decent, cartoony, and lively. Too bad the late 2000s sucked for the network.

The 2010 logo: THIS logo looks so atrocious, boring, blocky, and uncreative.

The potential fourth logo: Looks better and alright, but it’s a sad shame THIS was the alternate version of that awful third logo. Why can’t they just use THIS logo instead??!! 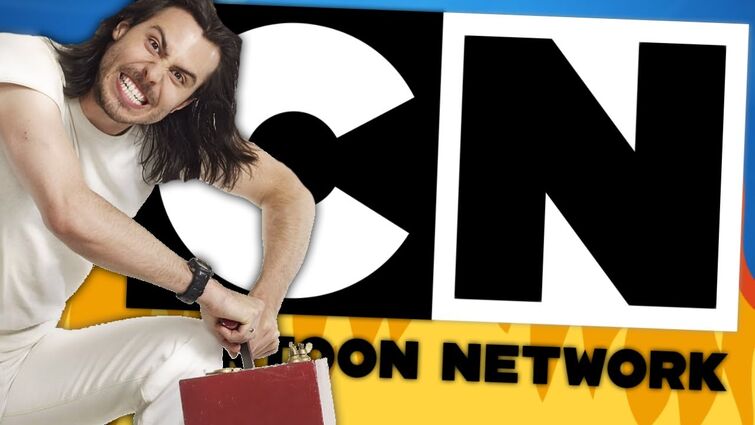 Cartoon Network is producing real life shows again. CN Real is what many people look at as the darkest era of Cartoon Network, which explains why live-action content completely disappeared after the experiment. What can we expect for the future shows, knowing what happened before? Tom Ascheim, president of the channel, revealed what we can expect. While shows like Dude, What Would Happen? or Destroy, Build, Destroy aren't coming back, new sitcoms are on the way. One of them is Family Mash-Up, but this is only the beginning... 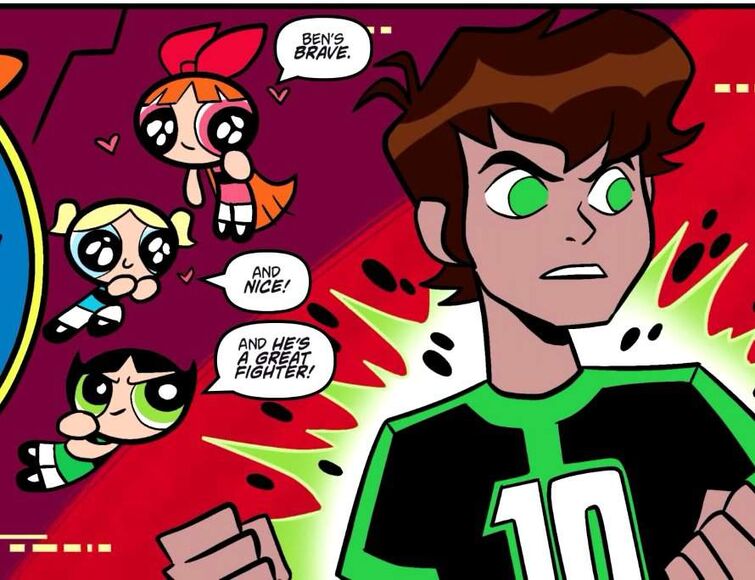 So the girls had a little crush on Ben 10 for a bit and I always thought it was kind of cute like I don't ship them or anything I just thought it was cute although after this page it isn't brought up again for some reason.

And for those who don't know, this is from a mini comic series called Super Secret Crisis War! 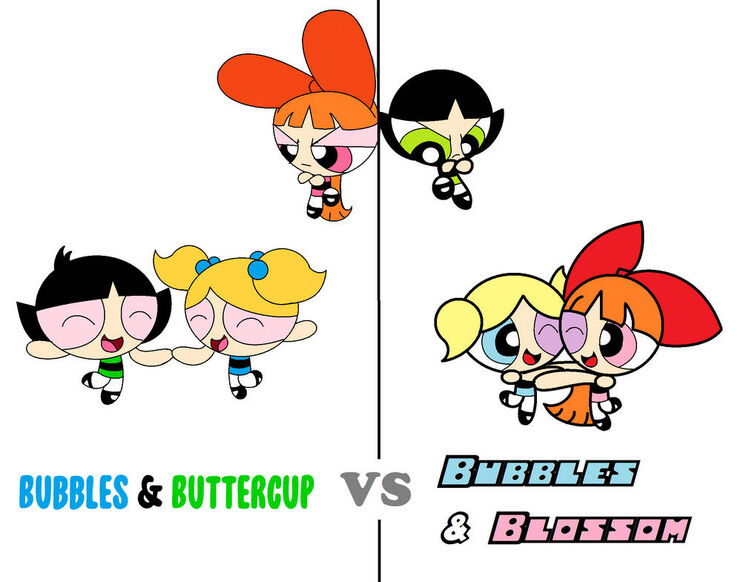 Well recently, I have been watching PPG Reboot and noticed that both Bubbles have a somewhat different relationship with her sisters compared to each other. For example, in the Classic, it was Blossom that was a supportive sister and had a good relationship. While on the other hand, the Reboot has Buttercup as the supportive sister and get along so well. So here is my question, did Cartoon Network changed Buttercup and Blossom's way of thinking about Bubbles? Because it sure looks like it! In the Classic, it was always Buttercup teasing Bubbles and thinks that Bubbles is a crybaby, Blossom will always calm and reassure Bubbles when ever she cried and usually gives Bubbles a chance. While in the Reboot, in the episode Salamander, it showed that Blossom DOESN'T trusts Bubbles and thinks that Bubbles is a crybaby. (According to Bubbles) Buttercup, however though showed support and even reassure Bubbles and calm her down. And in other episodes, it show it that Buttercup and Bubbles are usually getting along so well. NOT BLOSSOM. So I find it quite surprising but not very much. I would blame on their personality change that has changed the thoughts of what they think about each other. What do you guys think? Comment your thoughts in comment section below! 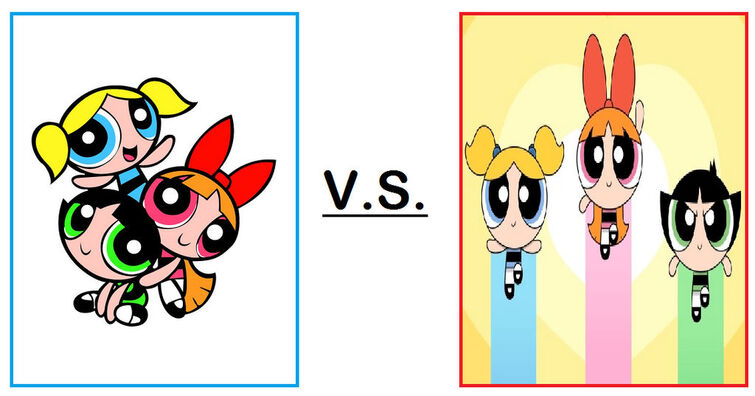 Hi, I need few recommendations on some good cosmetic treatment clinics I can consider. I'm planning to get Dermal Filler Treatment next month. My friend suggested to me this clinic in Burlington named Burlington Medical Aesthetics. Does anyone have any experience there? Kindly share your thoughts.

Hi there, I'm looking for a print management service for our business. Does anyone know any good providers? One of my friends suggested to me this managed print services in Calgary called Integr8. Does anyone know about their services? Do you have any better suggestions?

Hi, I want to buy some kitchen appliances. I am new to Burlington. Where can I get some good products at an affordable rate? I found an ad on Facebook for this store called stop restaurant supply. I went through their website and they have got some good collection. Does anyone have any experience with them?

I've decided to create this thread as I reaction to the recent ucp migration.

The UCP has brought a lot of changes to our wiki, and I think a lot of people are confused, have questions, feelings and opinions about this. I want to have a place for people to express their concers, opinions and more.

I want to attempt to combine any input our users might have about the UCP, and I think the most simple way of doing that would be creating threads each covering a differnt focus of input regarding the UCP migration.

Hopefully this will get us the most relevant and useful feedback possible.

I'll do my best to keep the threads updated in with anything that might come up. Hopefully we'll be able to assist in making the UCP better, and we might be able to help people who struggle with it.

I suggest these threads :

Support - A support thread for providing support with editing and navigating the UCP. It would also be relevant to answer questions about the UCP in this thread.

Feedback - For giving feedback about the UCP.

Bug reports - For reporting bugs that occur on the UCP.

Requests - For requesting features for the UCP.

I want to create a support-thread for people struggling with the ucp. I think that a support-thread would have been a good idea even if we still were on the legacy (previous) platfrom. I think some people will find it easier to post help requests on a thread rather than reaching out to an administrator, also, a post on thread might catch more attention than what a message on a message wall would, hopefully resulting better answers with inputs from more people.

The UCP does have guides for editing. I have not yet read through them myself but skimming through them it does seem like they cover pretty much everything basic about editing on the UCP. It still feels like it would be a good idea to add a support thread. Perhaps we can help each other learn.

compile all concerns from every user in the same thread. This way we can avoid potentially having multiple reports about the same issue coming from multiple directions.

Bugs are common when a software change occurs. And the circumstances in which they appear can be very specific and complex and hard to find.

Hopefully by having all bug reports in one thread we'll avoid having multiple people reporting the same issues.

The ucp is in an early stage. Hopefully with our combined effort we can help make it better. What features would you like to see on the UCP? Which features are missing from the legacy editor?

Something I'd really like to see on the UCP is useful polls not connected to a 3rd party service. Polls were used as a rating system on this wiki. They were also used for deciding on major things for the wiki, and sometimes they were used just for fun in blog posts.

A discussion isn't as pretty, useful or convenitent as a forum but it's what we have.

No matter if the past is better, change is inevitable.

While legacy wiki is a good memory it is only just that, a memory.

Didn’t know where to put this post in, but I finally got my 35mm reel of the trailer to this movie scanned to 4K! 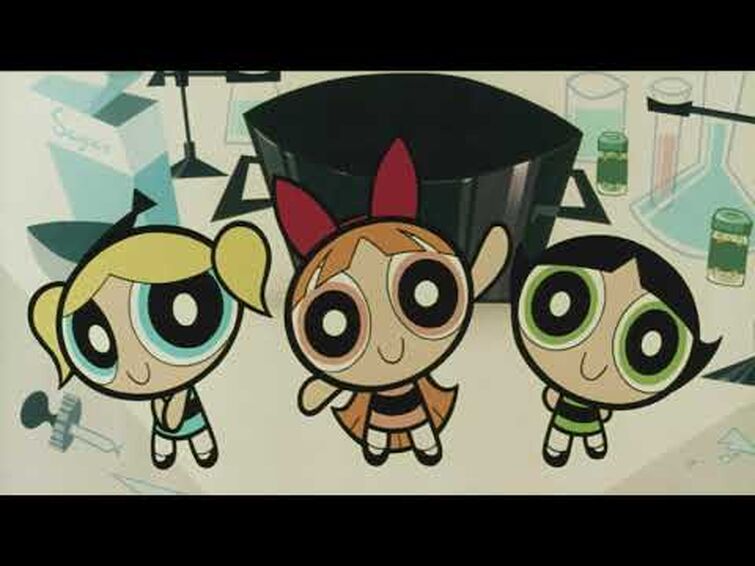