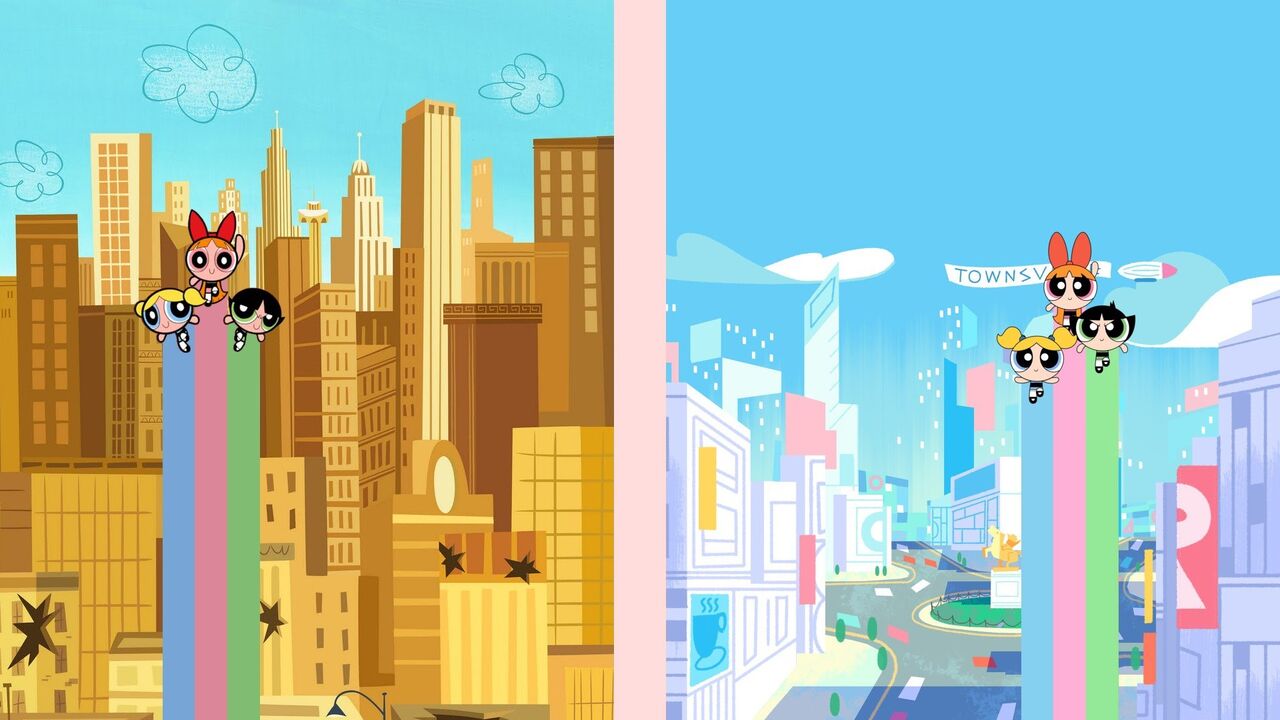 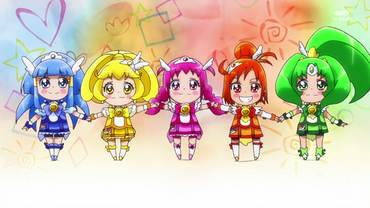 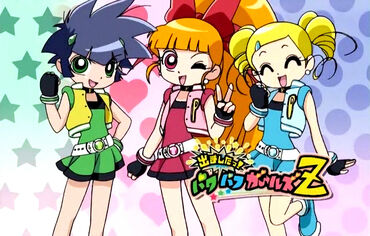 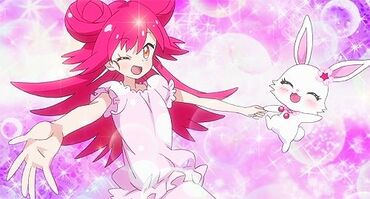 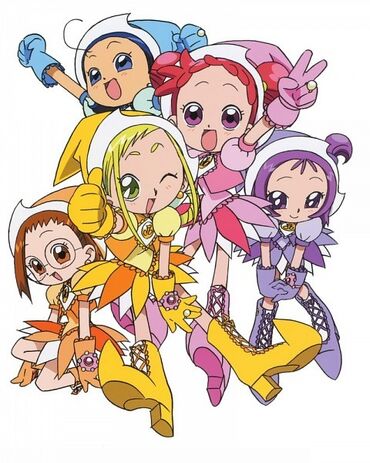 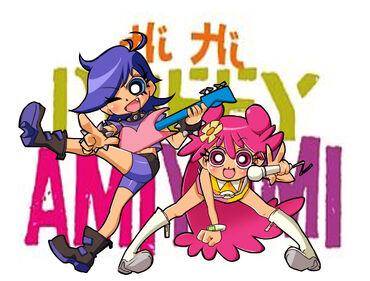 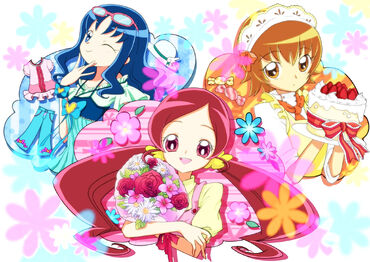 Just a random crossover picture I did. The Powerpuff Girls (not the reboot one) and CatDog are actually my all-time favorite cartoons of the late 90's. Both shows, that Tom Kenny worked on. He voices Dog, and Cliff in CatDog, Mayor, and the Narrator in the original Powerpuff Girls. And here's a crazy thing that you may know: They both premiered in 1998 and ended in 2005. I missed both of those shows. Ahh, good memories. 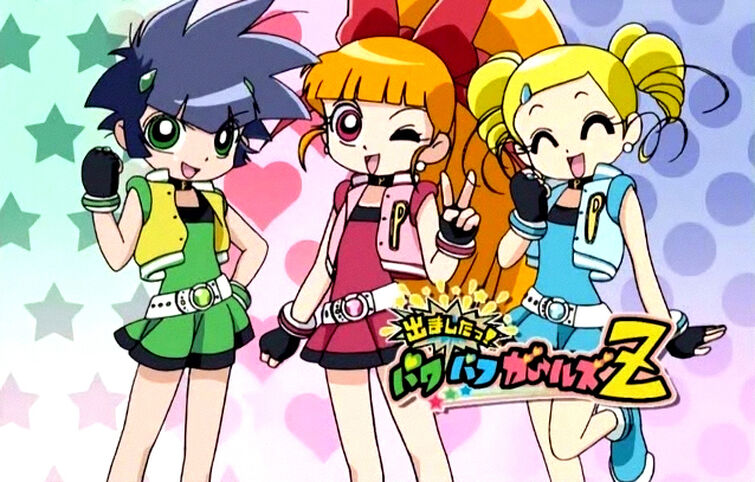 I was extremely freaked out when I found out that the Powerpuff Girls turned into a full out anime style. Its so cool though! 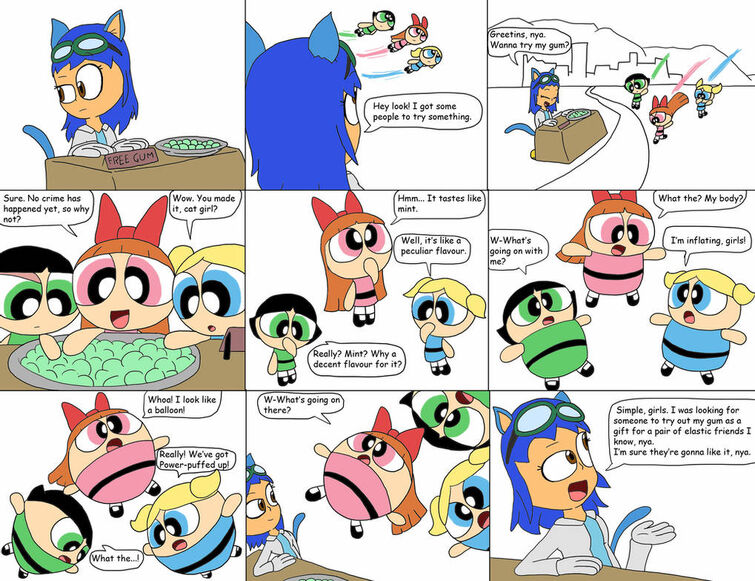 This comic features Kathaly (adult form) looking for volunteers for a gum she has made and, then, give it to the Lasti-Sisters as a gift.

The Powerpuff Girls (characters)
A reply to Spacejamstr
0

Brick: So...I can be prettier?

Brick: Oh my god! Blossom, what are you doing here? 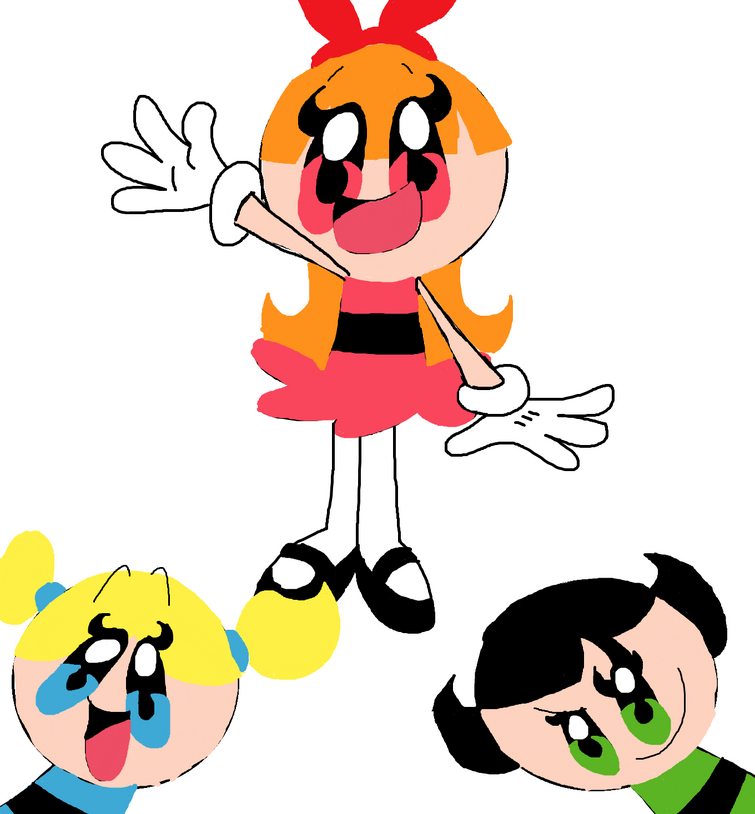 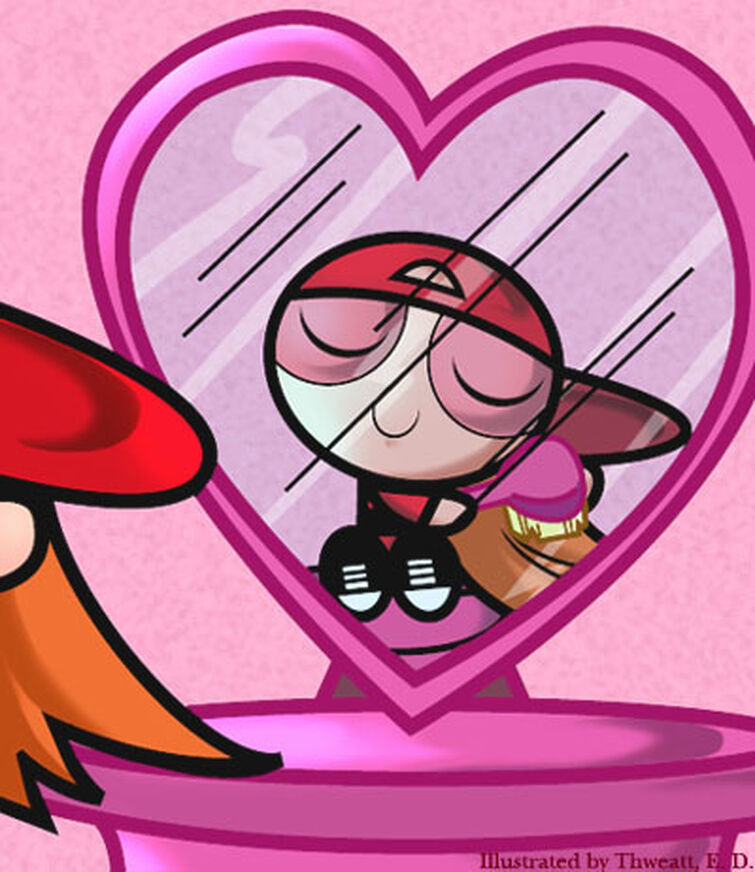 Brick, you know Blossom's gonna be mad if you use her hair brush.

Brick: I'm gonna be the prettiest boy at the party! 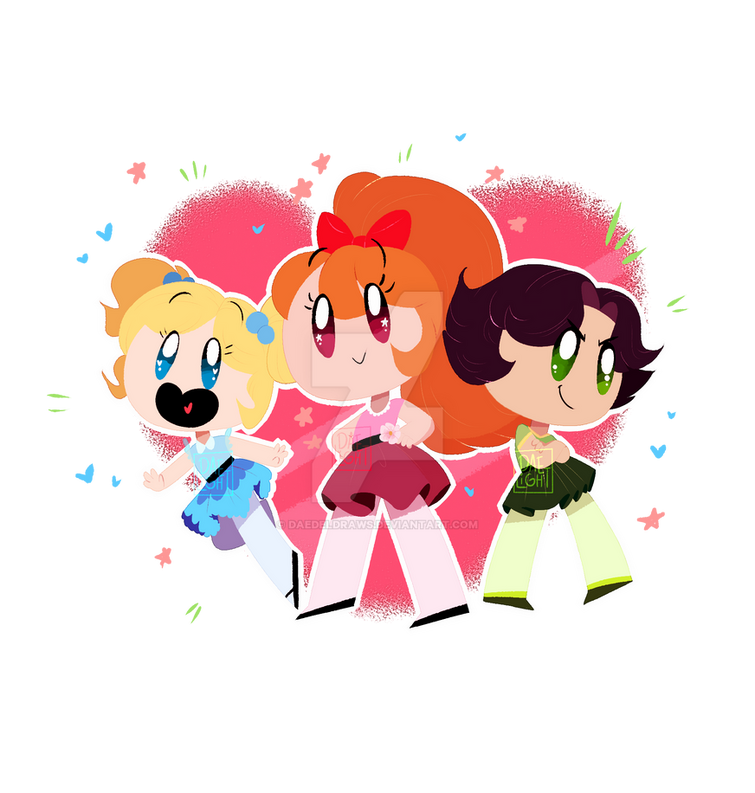 Was binge-watching the old PPG after tearing my eyes out because of the reboot. Hadn’t drawn the girls in ages and I thought I’d put a little twist with their designs and make their outfits match their personalities :3 Might make more stuff with this design. Who knows? owo

The Powerpuff Girls (1998 TV series)
A reply to Spacejamstr
0

But aren't you gonna say something to my picture, dude? 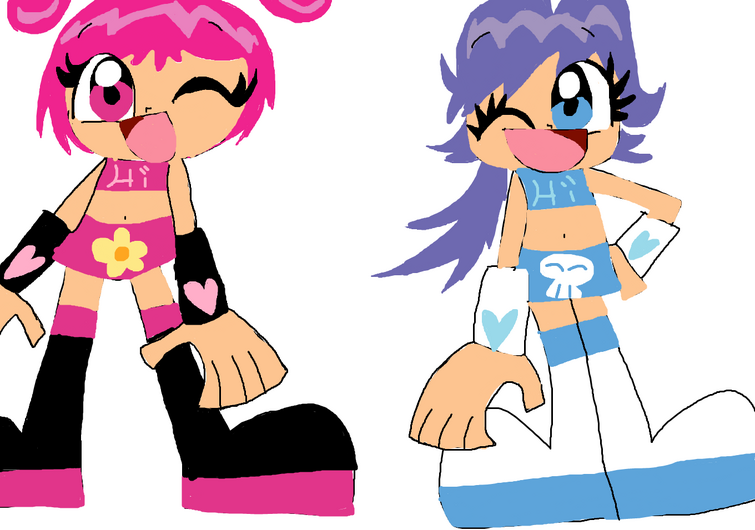 This is my idea of a new Pretty Cure series. (Note: This is fanmade.)

Overview: Pretty Cure: Puffy AmiYumi is a 2022 Japanese magical girl anime series directed by Megumu Ishiguro, based on the American animated television series Hi Hi Puffy AmiYumi and the Japanese series Pretty Cure. The anime was co-produced by Cartoon Network Japan and TV Tokyo and was animated by Toei Animation. It follows the adventures of two pop stars and best friends: Yumi Yoshimura (voiced by Machiko Kawana), a cynical, sarcastic, rough and tough, tomboyish punk rocker; and Ami Onuki (voiced by Emiri Katō), a peppy, optimistic and cute schoolgirl. Both are based on the real Japanese pop duo Puffy AmiYumi, but with different appearances and exaggerated personalities.

Plot: Pretty Cure: Puffy AmiYumi revolves around two girls, Ami Onuki and Yumi Yoshimura, who encounter the Forest of Love's Piff and Puff, who give them the power to transform into the emissaries of light; Cure Ami and Cure Yumi, to fight against the forces evil.

Characters: Ami Onuki is the cute protagonist of the series. As the optimist, Ami always looks on the bright side of things and finds a solution to every situation (being two years older, yet acting less mature). She loves rainbows, bunnies, sparkles and anything else girly. She sometimes throws a temper if things don't go her way.

Yumi Yoshimura is the hardrock protagonist of the series. Yumi's demeanor is not just like Ami's. She is sarcastic, cynical, vain, sassy, stubborn, and gained with self-importance. She loves things like ninjas and anything else rough and tough. She is pretty much a tomboy.

Reception: Pretty Cure: Puffy AmiYumi is a really cute series. It has a nice level of emotional depth, it's fun, cartoony, thrilling, exciting, and adorable. A lot of characters are well developed. The action is great and the acting is strong. 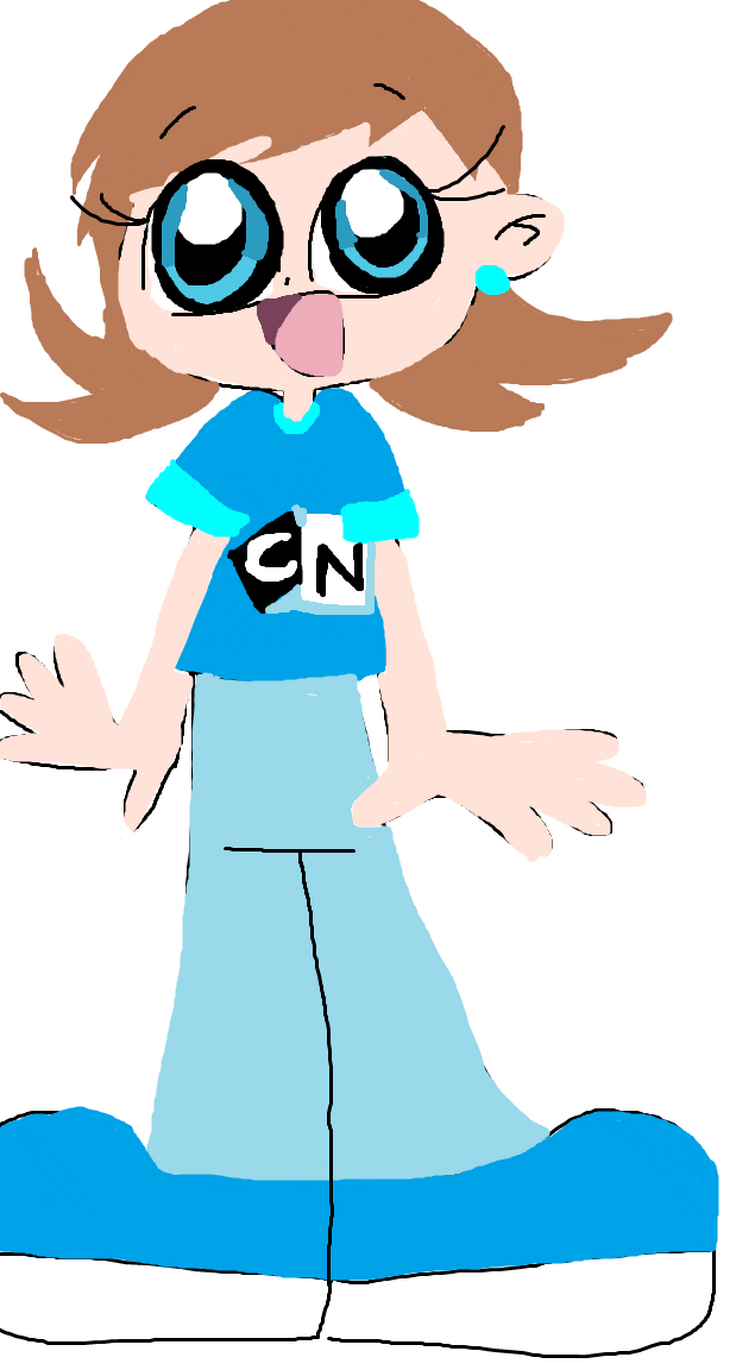 This is 2004 Cartoon Network (my version), but he's in "Powerpuff Girls Z" style.